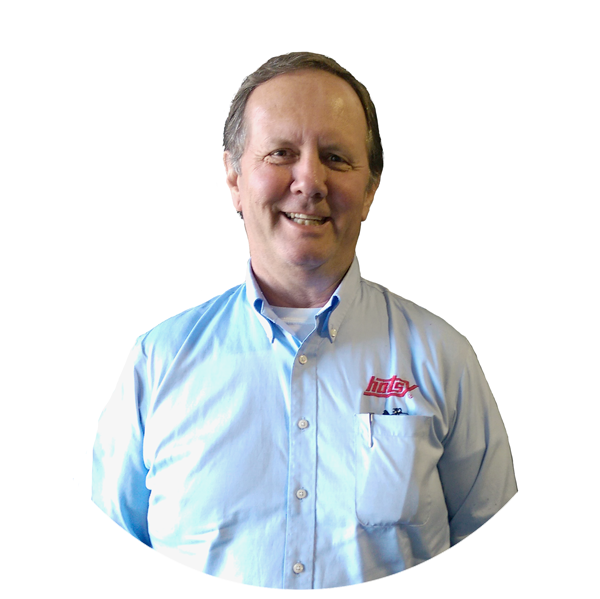 It is with extreme sadness we share that our outside sales rep Rod Douglas has recently passed away – and he will be greatly missed by everyone, both personally and professionally. Rod had over 35 years in the industry and sold many different brands of equipment with a great deal of success. He had an incredible ‘can-do’ attitude: “Every day is a good day at Hotsy Pacific” was Rod’s daily answer to me when I asked him how he was doing over the past 6 years.

Rod was ‘old school’ in all the right ways – he literally would ‘give you the shirt off his back’ and he meant it when he said, ‘he never met a person he didn’t like’. He never had an unkind word to say about anyone or any experience he had. Husband, father, grandfather, friend and colleague, he was always there to help and do anything you would ask of him, always with a smile on his face.

For us at Hotsy Pacific, Rod’s legacy will be that everyone he touched will always remember him as a kind and generous soul.

Rodney “Rod” Douglas, 61, began his life in Heaven on May 5th after living a full, happy life here on earth.  “Grandpa or Grandpa Rod”, “Dad”, and “Coach”  were some of the names he loved most until the morning he was called Home.  He was respected and loved by all who knew him, and a hero to more than a few.  Family, friends and work associates are heartbroken --because, all agree he left us far too “early”.

Born in Merced, California, to Frances and Montie Douglas, Rod had a happy childhood growing up on the Del Monte Ranch on Hwy 41 with his four brothers; In high school he played football for the Merced Bears, graduating in 1977.   A football knee injury, in his senior year, changed his dream to play college football which led him to sales where he made a name for himself in the industrial equipment industry providing excellent customer service for over 35 years.

Rod Douglas was a great husband, son, father and step-father, mentor and friend, an outstanding coach, respected sales associate and member of Central Presbyterian Church.  Being a man of high moral character, Rod led his life modeling how to treat people and do the right thing - just by being “Rod”; never up front, always behind the scenes as a humble servant.  His spirit was one of a true “gentle” giant to whomever he met.  He was a simple man;  kind, generous, joyful, loving, courageous, and he left his mark on this world.  His knack for lightening up a tense or difficult moment with his big smile and quick wit will be missed.

A man of basic principles, Rod would always remind his Atwater and Buhach Colony water polo players this:   “If you’re early you're on time, if you’re on time you’re late, and if you’re late that’s unacceptable.”   Perhaps that is why God called him home SO “early” -- because Rod wanted to arrive right on time!   Rod was a big man with a bigger heart, his impact and legacy will live out through his family and the Merced-Atwater community forever.

Rod is preceded in death by his mother, Frances Douglas and his brother Rocky.  He is survived by his father, Montie Douglas and three brothers, Steve (Julie) Douglas, Greg (Denise) Douglas, and Don Douglas.  He is also survived by his cherished wife of 29 years, Ronda, along with their six grown children:  Daughters, Sarah (Brian) Barnett, and Laura Marshall;  Sons, Matthew (Cari) Knapp, Jonathan (Lauren) Knapp, Eric (Elizabeth)Douglas, and Benjamin (Amanda) Douglas; and 14 beloved grandchildren.

Donations can be made in his memory to Merced Central Presbyterian Church’s youth program.